It was a day like all others, his eyes opened and restless thoughts crowd his mind as he waits for the coffee machine to trickle some life into a waiting cup. It will for sure take another three or four before any sense of direction for this day will be apparent. Before any thought can be reasoned with and logic applied to the raging currents swirling up there.

There seems to be a slight hesitation as he reaches for his pack of cigarettes. He has been quitting but has not yet found the will. The toxics burning in his lungs make him feel so much more alive. A first in this endless stream of disappointments and promises broken, or conveniently forgotten. While there was nothing he would have changed, it’s the same old story you have heard a million times before. The melancholic state of a poet, a writer,a self- proclaimed life artist. 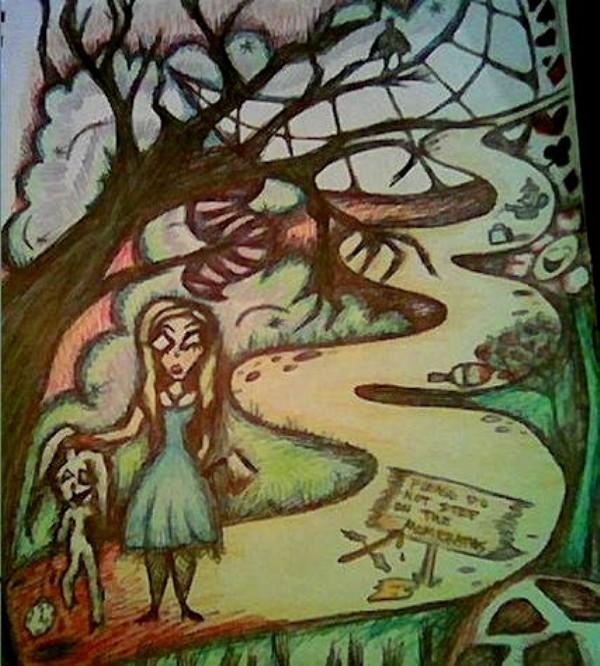 He wants to be, grand and luxurious, meaningful and responsible and above all loved. There has always been this vast emptiness inside, filled to the brim with coincidental occasions and adventures far and wide. A darkness with a silver lining, a chaos and disorder, a border to cross and faith lost. All of this intentional shading, fading into alternate consciousness is merely an escape. From the monsters, the demons and creatures straight from hell, or,.. well, the occupants of his mortal mind. From behind a mask he is able to act upon these primal emotions. Fate bestow upon him lessons.

He would like to welcome you to the trip he is on. He will try to the best of his abilities to come up with appropriate and adequate soul fruits to keep your eyes on him. As it is all for you(and perhaps his slightly narcissistic tendencies). He would like to explain. It is a discovery, a challenge and if anything he hopes an adventure you would like to take part in.

The knowledge, the lessons, the clarity, the amazement, it is a hunger for more, insights, enlightenment, passion, and whatever or anything, everything but everything. The knowing he can never win but that that is unacceptable, for now. It is a blinding darkness and a deafening silence, thunder and lightning, violins and sometimes those grotesque moments of happiness which make it all worthwhile.